The striped surgeonfish (Acanthurus lineatus) is also sometimes called like lined surgeonfish. It’s a sea fish from a kind of surgeonfish with a unique coloring. Because of the color palette of fish is very easy to identify and difficult to confuse with other representatives of the ocean depths.

Photo of the striped surgeonfish 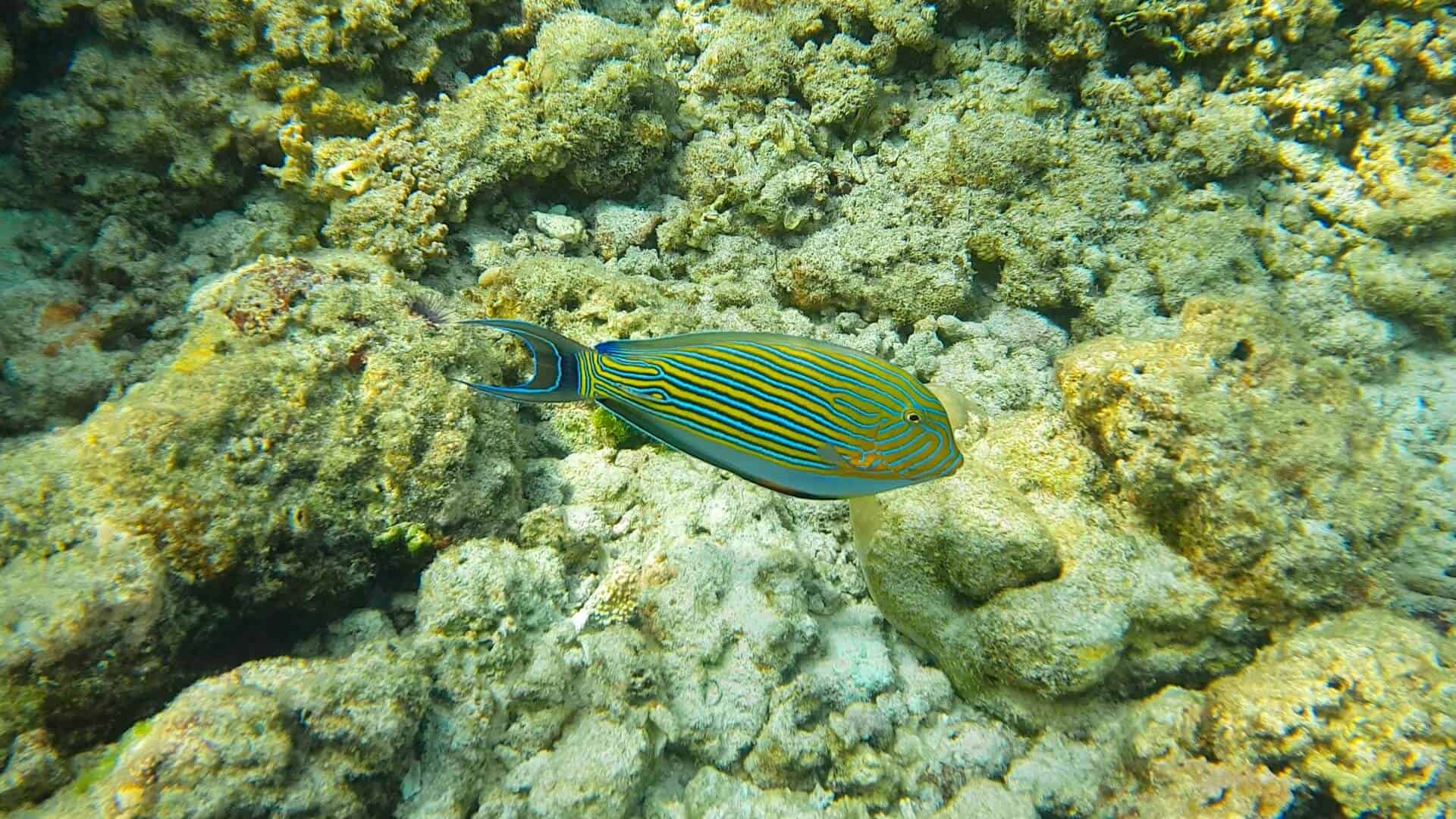 Description of the striped surgeonfish

This fish species reaches 38 centimeters in length. Most of the body is painted with alternating blue and yellow stripes with black edging. The stomach is blue or grayish. Sharp forward pointed thorns on the tail are poisonous!
The striped surgeonfish is almost always on the move. He patrols his territory and is visibly aggressive to the intruders. And he can attack not only the fish of his species, but all others, even superior in size.
These fish are herbivores and feed on algae, but they can also supplement their menu with small crustaceans.
You can meet fish in the Indian Ocean. It is distributed from East Africa to the Western Pacific Ocean. In Japan, Polynesia and Hawaii. Could be infested by parasites.

The development of a striped surgeonfish

Until the fish becomes an adult, it swims alone. Adults can create harem from a male and several females. Or they can pair up and patrol the area together. At spawning time, they can form large groups (aggregations).

Video of the striped surgeonfish